It doesn’t matter if there’s anything written on the back or not, postcards can fill gaps in the story if you know how to read them. The pictures on the fronts may be of significant places, events or sentiments. If there are a few words on the back, they might communicate details, a mood, a motivation for travel, mention other people or reveal the sender’s relationship to the person getting the card. The address provides details of who the card was for and where they were. The postmark can place the sender in a specific place on a day, even down to an hour — if it’s not smudged and if they didn’t have someone else post it. Even the company that produced the postcard can add to the pool of information.

So I’ve been spending a lot more time with the postcard collection, examining the messages, dates, photos, and publishers. I wanted to work out where Harold and Walter went on their tour of England.  Four of the postcards I am sure were sent during their overseas trip, two others were probably purchased at the time, but I can’t be sure.

Here they are in chronological order: 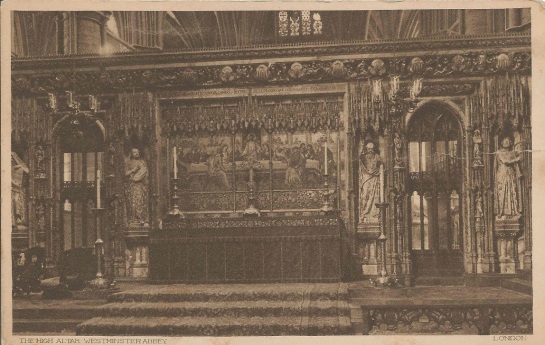 Front photo:  The High Altar at Westminster Abbey, London
(Printed in England, no stamp or postmark).
Addressed to: Mrs. Gillespie

Croydon, May 8th, 1914
Dear Mother,
I received your letters this morning. I was so glad to get them I didn’t expect them for a day or so yet, but I was looking for them just the same. I have seen all the pictures that I am sending you on these cards. I am having a jolly fine time. I will write you again in a day or so. We are having quite a lot of rain. Solong (sic) love to all, Harold

NOTE: Most of the postcards have ‘Croydon‘ written above the date. Walter’s family was recorded as living in Croydon in the 1911 UK census so were likely still there. It looks like they used Croydon as their homebase while they travelled around.

Harold was apparently sending postcards back in batches (‘… all the pictures that I am sending you on these cards”) which may explain why there are addresses but no stamps or postmarks on them. 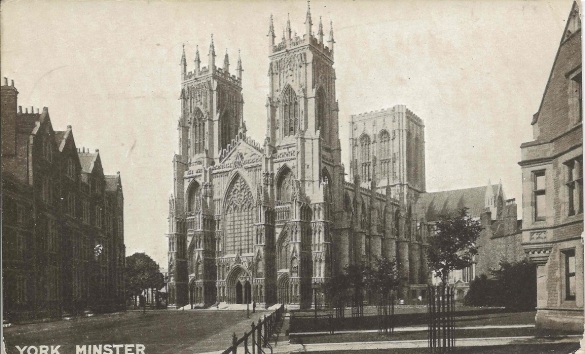 Croydon, June 12th, 1914
Dear Father,
I am sorry I didn’t tell you how much money to send. But I hope you have sent it, about a week before this reaches you. I am afraid I wont (sic) be able to see the falls on the way home. Mr Cripps has got to be back at a certain time. If I want to see the falls I will have to go alone. I have a half a notion to. It will only mean a day more from home. I am very anxious to see it. But I will be home in lots of time for the work. Solong (sic) Love to all, Harold

NOTES: This message highlights for me just how young Harold still was. When he sent this, he was financially dependent on his parents and the farm; still not confident about travelling on his own, and in need of his father’s permission even as he asserts his desire to be away a little longer. The falls he was anxious to see I imagine were Niagara Falls (I don’t know if he went on his own or not).

It also proves some things don’t change much in 100 years, I remember writing home for money when I was first travelling too. 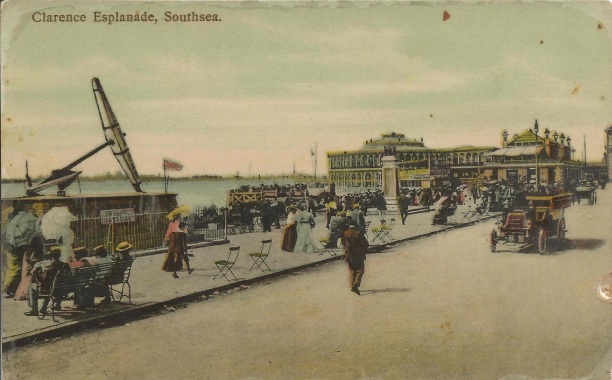 Croydon, June 20th, 1914
Dear Brother,
The sea shore that you see on the card is very pritty (sic). I was down yesterday and walked all the way along it. The anchor that you see standing up the (sic), is off the Victory. It is an enormous size. It is a jolly fine place to be, is Portsmouth. Well solong (sic) With Love
Harold

NOTE: His youngest brother was fourteen at the time. Neither of the brothers back home would have ever seen the ocean. 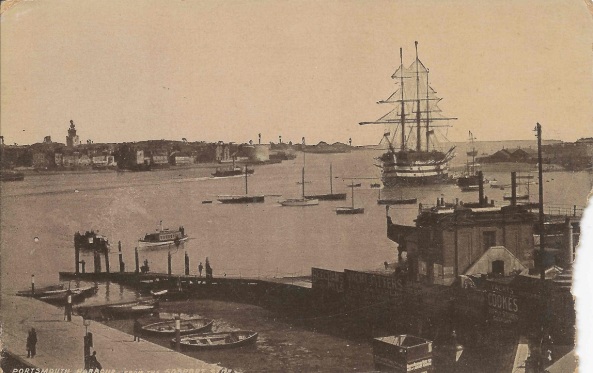 Portsmouth, June 28, 1914
Dear Ray,
I’ve been in the dockyards. It is a very nice place to go to see some nights. The battles ships are fine. Well I guess you will have my letter by this time I have many to write, Solong (sic) with love, H

NOTE: His brother Ray was sixteen years old when Harold sent this postcard. It’s interesting that there is one postcard to each member of the family saved in this collection – was it on purpose? It’s fascinating to compare the content and style of each message he wrote.

While nothing is written on the last two postcards, they have both been printed in Germany and so must have been purchased before the First World War started (after which time Germany obviously did not import to England). The card on the left is from London and the one on the right is from Peterborough (click on them to see larger versions). 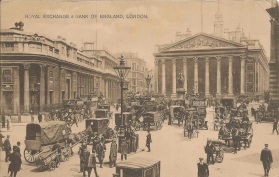 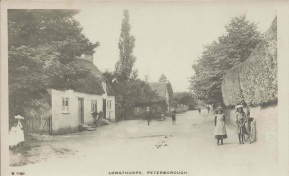 Plotting the postcards on to a map made their trip even clearer. From Liverpool, they travelled to London and Croydon where Walter’s family lived. Based on the postcards and dates, it’s likely  they travelled north for a spell (I’ll get to Middle Herrington and Allen’s family in the next post) , returned to Croydon then travelled south to the coast before returning to Liverpool to sail back to Canada. 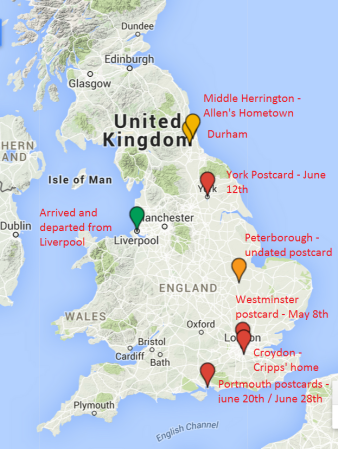 Now that I have a better idea of where they went, I want to know more about what they saw and what they heard. What news was available, how aware were they of what was to come as they travelled around a country on the very brink of declaring war.